Heidi Houston, director of the documentary Hot Flash Havoc, spoke out recently about her menopause experience

She told Healthline that before she knew she was going through the menopause; she was experiencing some symptoms we perhaps wouldn’t associate with the menopause.

She says, “The joint pain in my ankles and hips hurt so badly that it was hard to walk in the mornings. I also had headaches, dry eyes, depression, and mood swings where I’d go from happy to angry”.

Weight gain was also an issue for Heidi

Having gained 40 pounds over a short period, then 20 pounds more. As a consequence, her cholesterol, that had always been healthy and low, shot upwards all of a sudden.

During three years of experiencing these symptoms, Heidi visiting numerous doctors and not one even discussed the possibility of menopause with her. Yet all of them wanted to prescribe drugs to treat the individual symptoms.

One even put her into a hormone drug induced “forced menopause”, which Heidi says changed her life overnight and became a nightmare for three years.

Finally, another doctor told Heidi that her symptoms had all been down to hormonal depletion and although Heidi still needed hormonal drugs, this doctor used oestrogen and progesterone drugs to put Heidi back into perimenopause.

Within only a few days, Heidi began to feel like her old self again

She says that “within ten days, all my joint pain, depression, mood swings and heart palpitations were gone”. Amazingly, within two months, her cholesterol had lowered again.

“After finally seeing the doctor, I returned home to my 13 year old son. Five days later he said to me, “Mom, I don’t know where you have been, but I am glad you are back.””

Heidi recognises that there can be positivity after such an ordeal

Making her Hot Flash Havoc documentary means that she can help educate other women. On the topic of periods Heidi is open minded,

“I would be happy if my menstruation stopped completely, but either way it’s ok. I think the media has sent the message to women that if they stop menstruating, they’re useless. Women need to realise that their “second act” is time for a change regarding children, family, creativity, realising passions and improving relationships. 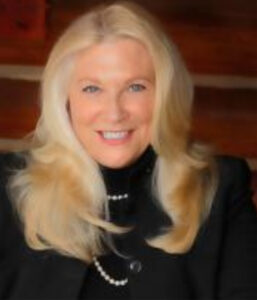 Are you going through perimenopause or entering menopause? Would you like to share your story to inspire others? We would love to hear from you at info@emmemagazine.com

10 ways that menopause can change your hair, skin and body

Subscribe to stay in the loop with the latest news